This Monday, October 4, Belvilla is celebrating World Animal Day by putting the spotlight on the funny little companions that share our lives, especially during the holidays.

As every year, Belvilla is denouncing pet abandonment and encouraging travellers to go on holiday with their pets by offering a wide selection of pet-friendly holiday homes. In 2021, almost 16% of Belvilla travellers chose to travel with their pets. Last year, almost 29,000 pets were welcomed in Belvilla homes.

It is important to note that since 2015, and after 10 years of reflection and 10 months of parliamentary debate, France has officially recognised animals as “living beings endowed with sentience” in the Civil Code (new article 515-14) and no longer as movable property (article 528).  As a result of this change in status, the abandonment of a pet is an offence and is considered an act of cruelty in the same way as animal abuse.

Sadly, despite all these changes, this does not prevent some owners from parting with their pets. This summer, the SPA (Société Protectrice des Animaux) took in nearly 16,894 animals between 1 May and 31 August in the association’s shelters. This number is historically at its highest level for a summer period, with a 7% increase on the last record in 2019. This very high figure can probably be explained by the boom in French households that took in an animal during confinement at the beginning of the health crisis, only to part with it once summer arrived.

At the end of September, a first reading took place in the Senate of the proposed law on animal abuse, which was adopted almost unanimously by the deputies last January. Belvilla is pleased with this step forward for the animal cause and hopes to welcome more and more guests who have chosen to stay with their faithful companions.

Here is a small selection of Belvilla holiday homes that welcome travelers and their pets for a pleasant stay in France. 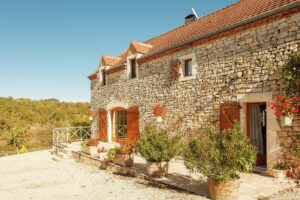 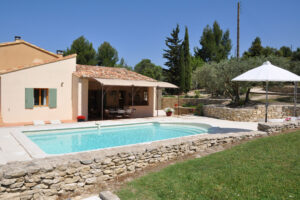 Maison Masarah with pool in Provence