Europe, May 9th, 2022: As OYO continues to expand as a preferred full-stack vacation homes provider, it has concluded the acquisition of Europe based company ‘Direct Booker’ which has over 3200 homes and serviced 2 million customers so far. 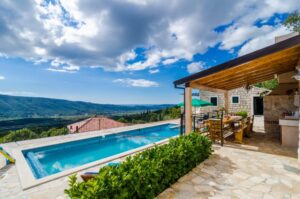 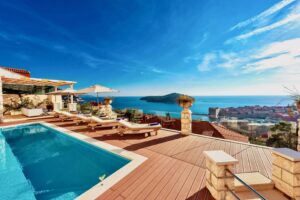 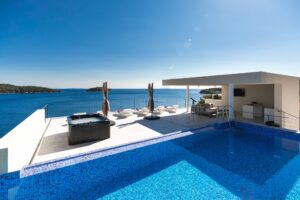 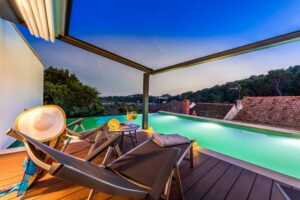 It was started in 2010 by Nikola Grubelic and Nino Dubretic, CEO & Founders, of Direct Booker, a market-leading player in the Vacation Home management segment in Dubrovnik, a key tourist destination in Croatia.

OYO  already owns and operates brands such as Belvilla (Belvilla by OYO), DanCenter, Traum Ferienwohnungen, among others in Europe. Direct Booker’s inventory will be available on Belvilla.com (Belvilla by OYO) and over time on its other platforms. This acquisition will strengthen OYO’s presence in Europe broadly and in Croatia specifically, where it already has nearly 1800 vacation homes on its Belvilla platform and over 7000 homes on its Traum Ferienwohnungen platform.

OYO has in the recent past declared its intent of actively scouting for ‘tuck-in’ acquisitions, especially in the European market as a strategic growth lever. OYO already has a strong footprint in The Netherlands, Denmark, Belgium, Germany, Austria, Spain, Italy, France etc.

Explaining the benefits of having Direct Booker as a part of the OYO portfolio, Dr. Mandar Vaidya, CEO – OYO Europe, said, “Without a doubt, Croatia is one of the most popular upcoming tourist destinations in the Mediterranean for European travelers. The country’s tourism sector has taken a big stride towards recovery in 2021 and the potential for the current year is even higher. We see a huge benefit in offering more holiday homes in the Dalmation region. We are especially excited about Dubrovnik, Croatia’s most visited tourist destination, where, with this acquisition, we will significantly improve our footprint. Direct Booker is a great addition to our portfolio of hotels and homes in Croatia and across Europe.”

Expressing his enthusiasm on being a part of OYO, Nino Dubretic, CEO & Co-Founder of Direct Booker, commented, “We are happy to join forces with a global travel tech company like OYO. We strongly believe that by merging our technologies and expertise, this partnership will positively impact the Croatian tourism economy, further driving demand through OYO’s existing platforms spread across Europe. Being a part of OYO’s network will also increase visibility for the homes listed on our platform, especially across Scandinavian, Benelux and surrounding countries. The next couple of months will be truly exciting as we work towards building our business together.”

OYO is a new-age technology platform with presence in over 35 countries and the third most downloaded travel app in the world. With the acquisition of Direct Booker, the Dubrovnik-headquartered company will now become a part of the OYO platform with a presence across Europe.

With a coastline of 6278 km, Croatia is known for its islands, islets, stacks and reefs making it one of the most popular upcoming tourist destinations in Europe. It is one of the most visited destinations in the Mediterranean, with most tourists coming in from Germany. This can be attributed to the high number of days of sunshine per year. In 2019, before the pandemic, Croatia welcomed close to 19 million tourists. While COVID-19 took a hit on tourism in the country, in 2021, the country witnessed a strong bounce back in tourism. As per data released by the Croatian National Tourist Board, nearly 14 million tourists visited Croatia in 2021, creating 84.1 million overnight stays. Overall, tourism contributes close to 12% to the GDP of the country.