Belvilla by OYO reports a considerable increase in the number of long stays in southern Europe. In 2022, bookings to Italy and Spain for a period of 16 days or longer have increased by 32%. 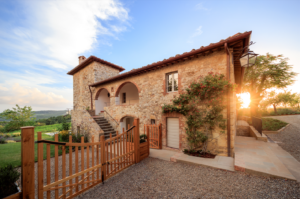 Long stay in Spain Booking a house in Spain for three to four weeks is more popular this year than last year. Bookings for 21 days have increased by 19% compared to last year. There’s also an increase in bookings for 28 days stays, with an overall increase of 21%. Compared to pre-corona year 2019, renting a holiday home for four weeks has even increased by more than 200%.

Mark Groen, General Manager Supply Excellence Europe Belvilla by OYO: “For several years now, we have noticed a trend among our guests to book longer stays. Southern Europe in particular stands out. In most cases we work with rates that include both accommodation and energy consumption during the stay. Some of our guests see it as an opportunity to avoid energy costs in their home country. We are also aware that some customers work from a holiday home, the so-called ‘working away from home’. It is of course great that we as an organization can offer a solution to this.”

In Italy, the two most popular destinations are the Lake area in the north and the region of Tuscany a little further south.